Several years ago in an article on prickly pears I mentioned the most famous of prickly pear parasites, the Cochineal bug. A specially-bred strain of this tiny insect produced the brightest, most permanent red dye in the world. In time, it became Spain’s second most valuable export (after silver). It was worth more than its weight in gold, and the Spanish jealously guarded its secret for over 300 years.

The story of this tiny insect and its impact on modern history is beyond the scope of this little blog, but the book A Perfect Red, by Amy Butler Greenfield tells it in fascinating detail.

So why another post on Cochineal? It’s just because I happene3d to get a decent picture of a cochineal patch the other day and wanted to share it with you. You can easily see the insects near the top of the image and the red spots show the brilliant red color for which they are famous. Incidentally, near the bottom right you can also see one of the plant’s tubercles filled with the tiny spines, called glochids, that plants of the Opuntia family make. 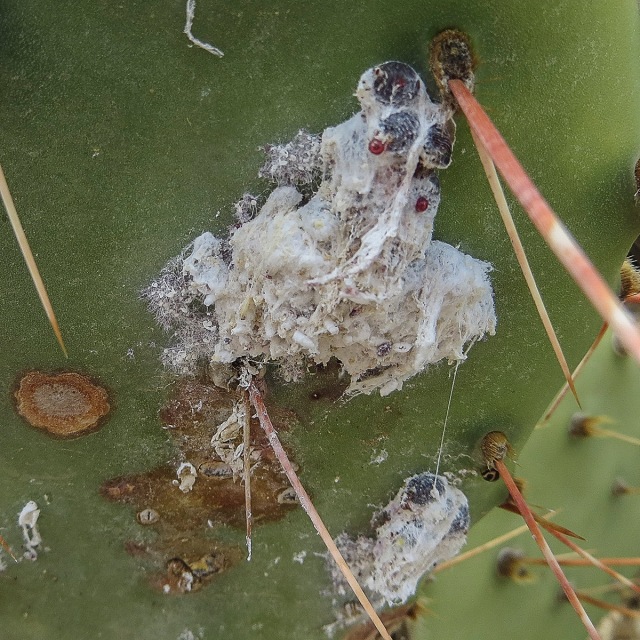 Cochineal on a Prickly Pear